CTFF celebrates the talents of established and emerging filmmakers of Caribbean and African heritage who practice their art across the Caribbean Diaspora worldwide. According to the 2016 Census, there are nearly 2 million Canadians of Caribbean and African origin, not including those born in Canada. CTFF serves this important demographic, as well as those from the wide Caribbean Diaspora, including Europe, the Americas, China, India and the Middle East. CTFF presents a multi-ethnic mix of exciting and dynamic films that showcase diverse and shared stories as well as cultures.

In 2014, Frances-Anne Solomon founded CineFAM, to amplify the voices of women of colour creators worldwide that now includes an annual film festival, a microcinema challenge for emerging creators, and an incubator for first-time feature directors. 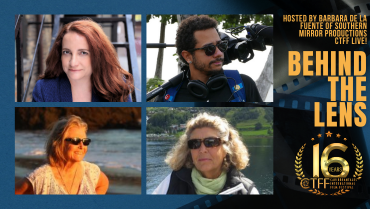 CTFF LIVE! Behind the Lens – Preserving Our Caribbean