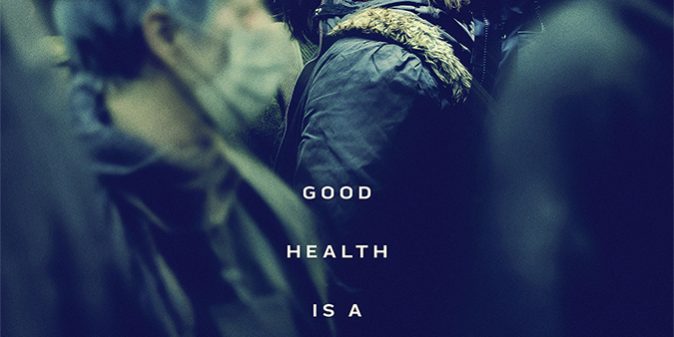 Synopsis:
SARAH completes her makeup routine, a transformation from healthy mother-to-be, to sick hospital patient. Begrudgingly satisfied, she is about to leave when the door to her flat bursts open and footsteps rush toward her causing her to freeze.

Her husband John rushes into their bedroom out of breath and quickly conveys their dire situation; her immunity to a global pandemic has been uncovered and they need to leave immediately. They’ve anticipated this day, their escape plan already organised, they quickly pack to leave, but her husband finds a key component to their escape has been separated from their escape packs.

John confronts Sarah about the pair of injector pens which should be packed, but Sarah believes they will harm their unborn child and is not willing to take the risk. John disagrees, believing them to to be the only way they can escape successfully if there is a check point.

With no time to argue they leave without resolving the conflict and find themselves on a coach to escape the city. Some way into the journey the coach is stopped and a shrewd health investigator boards, informing the passengers an ‘Immune’ may be onboard. The passengers all exit the coach and line up awaiting their turn to be tested at an ad hoc check point.

Joining the back of the queue Sarah tries to think of an escape plan, but with armed security all around John takes matters into his own hands. Using one of the injectors he administers a dose without Sarah consent.

Furious and feeling betrayed Sarah demands the second injector which will counter the damaging effects of the first but John foresaw this and left it on the bus out of reach. Sarah must now find a way to get tested as fast as possible before any harm is done to their child.

Suddenly one of the passengers at the front of the queue disarms the investigator and an armed guard takes swift action, disabling the passenger who tries to kill herself before being caught. With luck on their side Sarah spots her chance. Stepping out of the queue, Sarah offers her husband’s expertise as a doctor to the wounded passenger who could be immune.

Initially taken aback by Sarah’s gamble John quickly falls in line to avert suspicion however the sly investigator corners Sarah while John is distracted. Curious as to why Sarah would carry a child to term during this pandemic and then suspicious that a doctor would be on a labourers’ coach. With quick thinking Sarah averts his suspicions as John stabilises the injured passenger. The investigator decides to take John with them as they carry the passenger away to be tested by the government.

Free to go take the antidote, Sarah has survived this test, but to save her child she has lost her husband as she must continue her journey to safety. 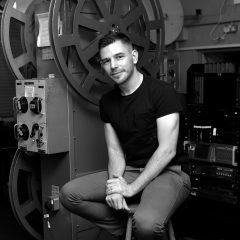 Robert Macfarlane is a Director with over 15 years experience in the Film, TV and commercial sectors in the UK and Caribbean. His credits range from directing award-winning shorts to editing the multi-award-winning feature film Sally’s Way released in North America and the Caribbean. Broadcast credits include editor on TV shows for CTV in Trinidad & Tobago and the BBC as well as director of music videos which have aired on MTV Base, VH1 and the Box.