Synopsis:
A firsthand account from Elizabeth Ramjit, a first-generation American Trinidadan filmmaker, of the devastation from overbank floods and flash-floods in the twin-island Caribbean nation. Ramjit interviews activists on a quest for revival. These chronicled activists reassure viewers that by refraining from littering and enacting recycling, citizens will no longer be deemed as instigators of seemingly natural disasters or environmental anarchy. 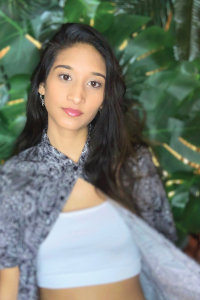 “Over-Flow” is a short documentary film directed by American-Trinidadian filmmaker and Verizon Media Producer, Elizabeth Ramjit. In October 2018, Ramjit traveled to Trinidad and Tobago right when the torrential downpours and floods that would destroy nearly 80 percent of the country had only just begun.

The documentary explores accountability in the Caribbean nation where a lack of environmental regulations and a culture of littering exacerbated the natural disaster.”