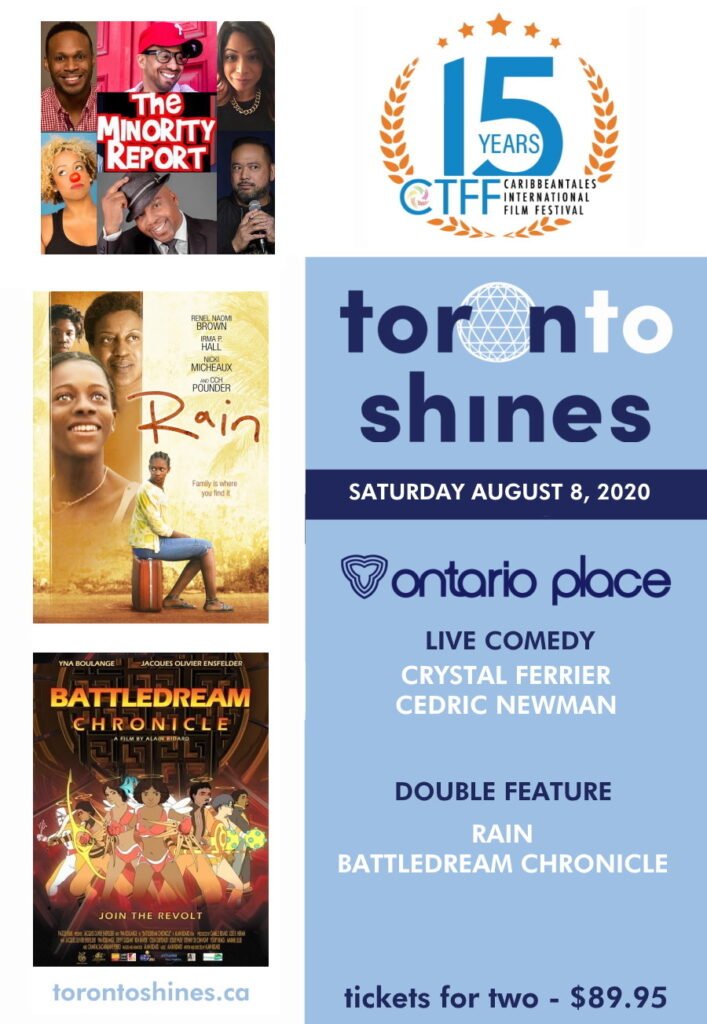 Rain is a young teen who was raised by her grandmother. When the elderly woman dies, Rain
seeks out her mother, whose last known address was in Nassau. Upon landing in Nassau’s harbor, Rain meets her mother Glory (Nicki Micheaux) for the first time. The realities of both her new home and new caregiver are so far from those of her former idyll that it takes time to adjust. She is befriended by the school track coach, (CCH Pounder), who spots the youngster’s grace and speed, so well developed on the beaches of her home island.

The Caribbean’s first feature-length Sci-Fi film – In the year 2100, humankind has achieved paradise and seen it torn away from them. The digital realm of Farandjun has been usurped by a tyrannical computer virus that pits the nations of the world against each other in a virtual-reality tournament, to select who will reign supreme, and who will be subjugated. As the last hope for liberty, Syanna is a young woman whose true nature remains a secret even to her. The odds against Syanna and her Battledream team seem insurmountable, but the heroes will not back down. Syanna will confront the fiercest fighters of Mortemonde, to kill the masters inside them and the slave inside herself.