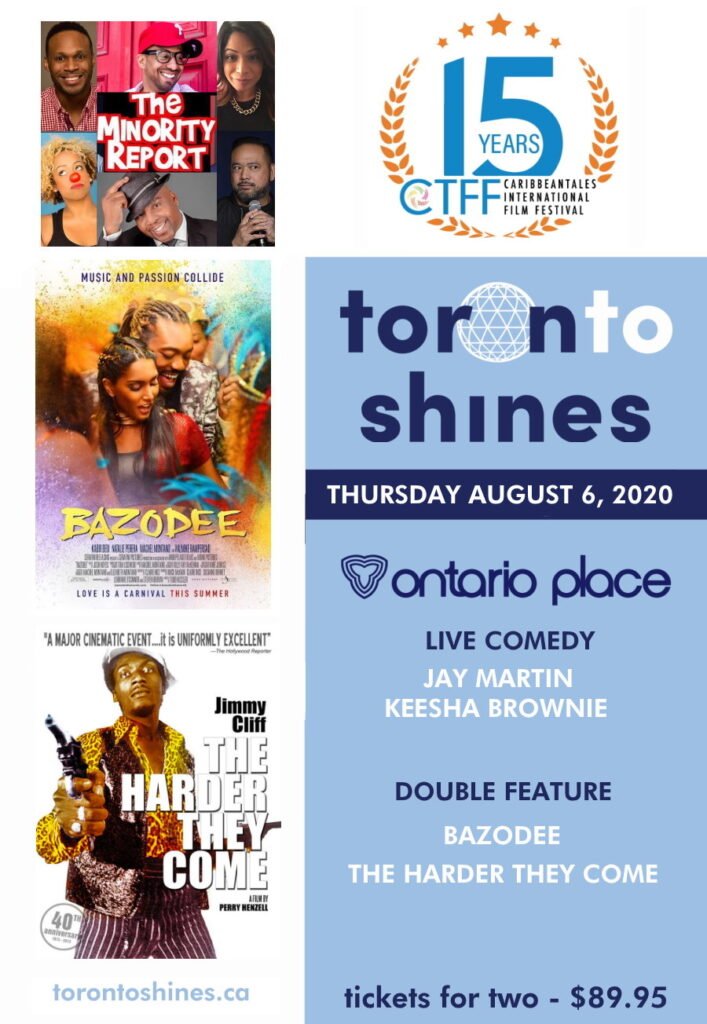 Anita Ponchouri (Natalie Perera), the dutiful Indian daughter of a deep in debt businessman (Kabir Bedi) is about to marry a wealthy Londoner (Staz Nair) when a chance encounter with local Trinidadian singer, Lee de Leon (Soca music star Machel Montano in his film debut) sets things askew. In search of a muse, de Leon agrees to perform at the engagement party for both families. Unable to deny their mutual attraction, and with the excitement of Carnival approaching, Anita must now choose between the answer to her family’s financial prayers and the possibility of real love. Set on the vivid, colorful twin islands of Trinidad and Tobago, and pulsing with the sensuous dance rhythms of soca music, BAZODEE is a new style Bollywood musical with a distinctly Caribbean island flavor.

The Harder They Come

Lauded by critics and the cannabis-enhanced audiences that made it a midnight-movie hit, Reggae legend Jimmy Cliff stars as an aspiring young singer who records a song for an unscrupulous music mogul. When the song becomes a hit, but is cut out of his share, the singer turns outlaw and takes on the music industry, the ganja trade, and the police. Fully restored from original elements.