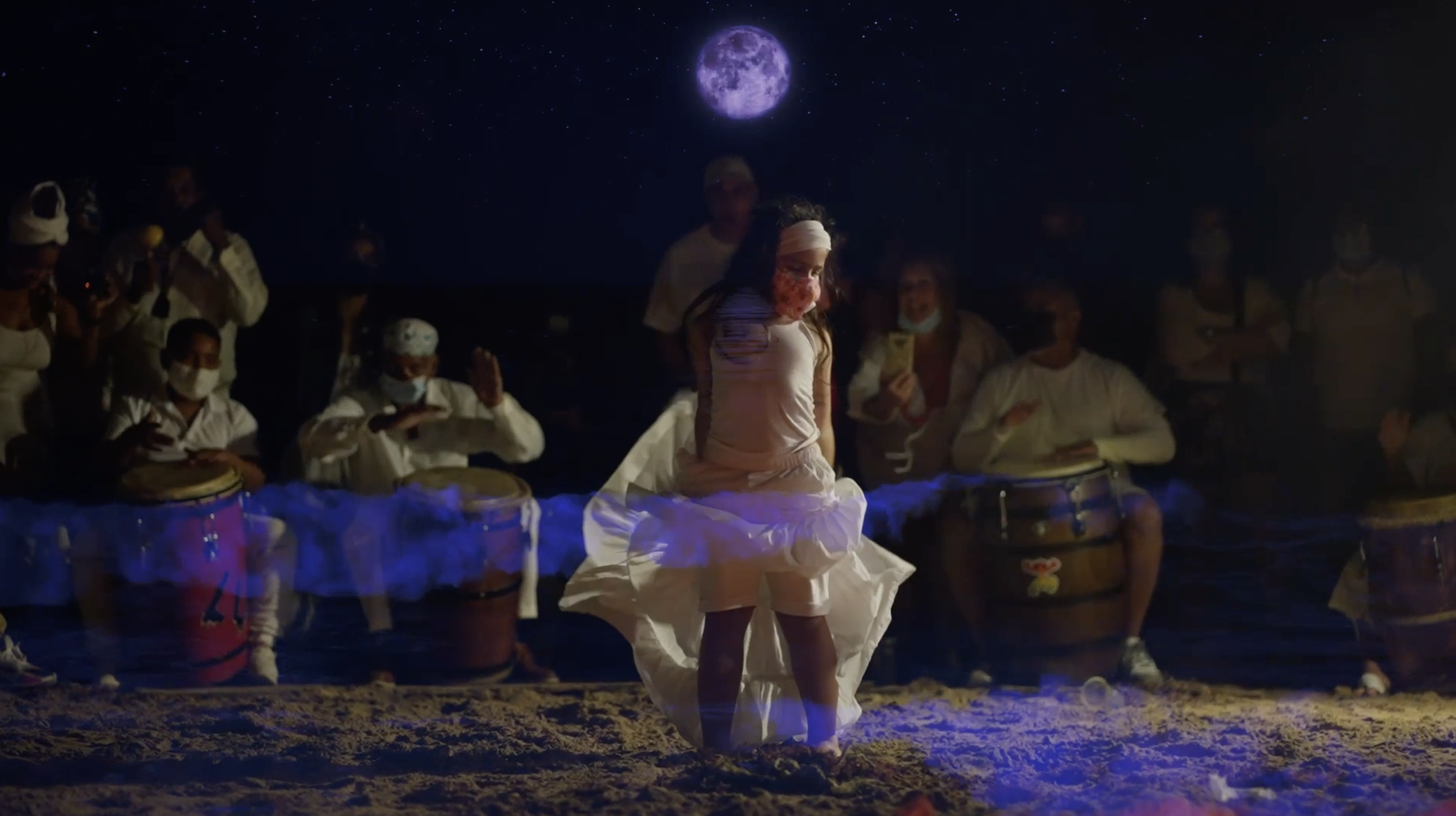 As we open our 17th year of Caribbean Tales Film Festival it is Celebration Time! Our two short films Bomba Ancestral and Mas Prep ah-waken us to different aspects of lauding festivals while our Feature Film Toronto Caribbean Carnival: Fun and gives us a taste of how Carnival is uniquely celebrated in this Canadian capital..

A short film about the first Bomba Ancestral returning to the ocean at sunset. Organized by Sheila Osorio and Samuel Lind in Loíza, Puerto Rico where the river meets the sea. We gathered on the beach. The moon was full and we could feel the connection to the four elements. The FIRE that purifies, WATER, AIR and EARTH. Honoring all of our ancestors from whom we inherited this beautiful dance of Bomba.

“Mas Prep” is a docu-web series which features the behind the scenes of traditional mas makers and what it takes for them to get ready for the Carnival season in Trinidad and Tobago and the wider Caribbean. The series shows how they source material, the creation of costumes, rituals they perform before taking the stage, challenges, and additional aspects of their art form. Often times traditional mas makers struggle financially and otherwise to keep their art form alive.

This documentary celebrates Toronto Caribbean Carnival which is the largest street festival in North America that attracts up to two million people from around the world. A both revealing and inspiring journey from the history of Caribbean colonization to the biggest celebration of freedom tied with creativity, innovation and economics.