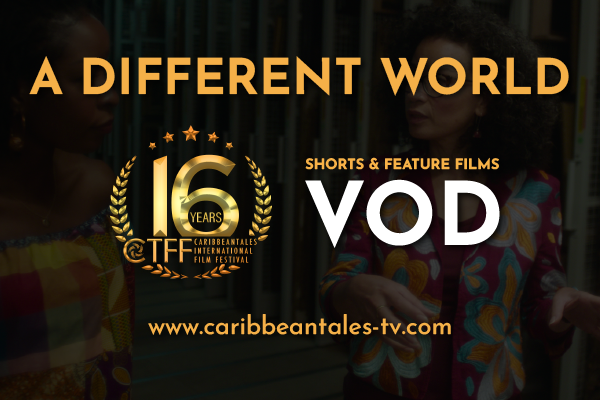 Synopsis:
This video pans through 3 chapters of Black history, the origins in Edenic utopia, when all was innocent and pure, then briefly passing through slavery, then following our characters into a land unknown where again they must find new truths, new power, and new identities.

This homage to the Black Arts Movement is the product of an all-Black creative team and masterminded by Raehann Bryce-Davis, a rising operatic star now turned Executive Producer. It’s an evocative vocal piece commissioned by and specifically for her by composer Ayanna Witter-Johnson with poetry by Henry Dumas, a civil rights poet killed by police brutality.

Synopsis:
Shortly after George Floyd’s death, I received quite a few questions from youths: What does racism entail? Does it also occur in the Netherlands? What can I do to help? This short film is my answer to those questions. It tells the story of Africans worldwide; it shows what is happening in the Netherlands and if you listen closely you will hear the story told by our ancestors, and brothers and sisters that are still among us. The odds are that you’ve heard their words before. But have you ever really listened…?

Synopsis:
Based on true events, Gurri has lived a sheltered and simple life. After losing her parents at an early age she relinquishes her desires for independence and a teaching career to submit to her dead mother’s wish of marriage to a ‘prince charming’.

When Gurri meets Bikram she believes everything her mother wanted for her will now come to pass, however her world is turned upside down when following a traditional marriage ceremony and wedding night Bikram and her dowry disappears without a trace.

Faced with judgment and disappointment from her Aunt and Uncle and with the embarrassment of an entire village on her shoulders Gurri must make a choice that could cost her everything she has ever known.

Synopsis:
The longing for the return of a great love runs like a red line throughout the film in the relationship between the older, famous, wayward actress and the much younger butler.The “Dama” cherishes the past. What’s life worth without her memories? That is where she finds him every day, her great love. Sancho, her butler and loyal servant, tries to be there for her.

New Light – the Rijksmuseum and Slavery

Synopsis:
What happens when the leading national museum focuses its gaze on the slavery history of the Netherlands? This is the subject of New Light, a highly topical documentary from director Ida Does about the genesis of the slavery exhibition in the Rijksmuseum. This film shows up close and personal how painful and bitter, but at the same time healing and liberating compiling the exhibition was.

Especially due to the contributions of people with roots both in the East and in the West. In New Light we can see what it means when a museum reinvents itself